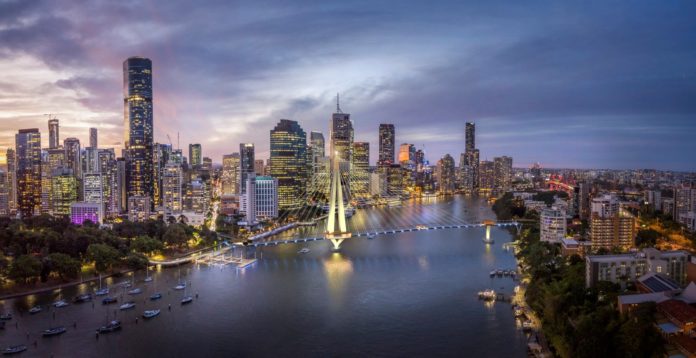 The Brisbane City Council has revealed new renderings of the design for the planned Kangaroo Point pedestrian and cycle bridge which is to connect Alice Street and the Botanic Gardens in the CBD with Scott Street at Kangaroo Point.

The council has announced that they will be fast-tracking the new pedestrian and cycle only bridge, delivering it two years earlier than expected, in 2023.

The design illustrated in the artist impressions released by Council shows a single mast suspension cable bridge, with the mast tower positioned on the CBD side of the river. The bridge includes a shade structure running the entire length as well as a central observation and seating section.

Initial community consultation was conducted by Brisbane City Council with suggestions from the public indicating they wanted to see the following design features:

Public consultation also found strong support from local residents and commuters for the bridge with approximately 60% of survey respondents indicating they would use the bridge daily or weekly.

The public also showed strong support for the preferred alignment from Alice Street to Scott Street, with approximately 72% of people supporting this alignment as opposed to the Thornton Street option.