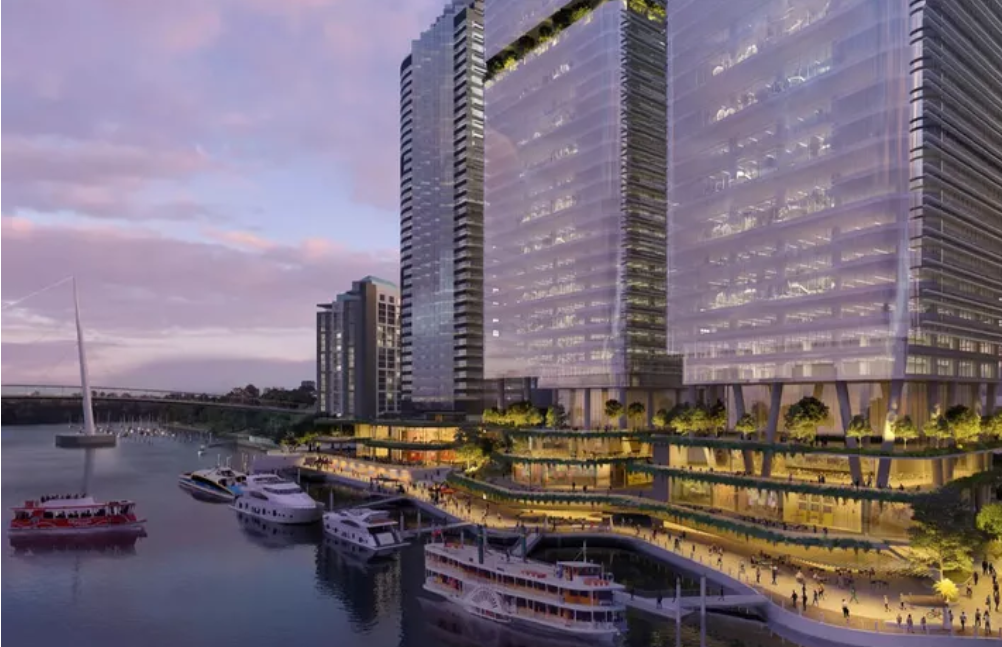 The next hurdle for Brisbane’s $2.1 billion Eagle Street Pier will be submitting applications to council after an agreement was struck with the state government.

This came after signing a facilitation agreement on their waterfront Brisbane concept masterplan with the state government.

The new development would see two mixed-use towers built on the Eagle Street Pier site along with 7,900sq m of open space, upgraded wharf facilities and an enhanced riverwalk.

Construction is expected to commence in 2022 and the first tower to be delivered in 2026.

▲ If approved Dexus plans to construct two towers on Eagle St Pier. The plans have "in-principle" support from council.

Dexus chief investment officer Ross Du Vernet said the agreement was a significant milestone and if approved would unlock considerable potential in the under-developed site.

“Waterfront Brisbane is a key project in Dexus’s $8.7 billion development pipeline. We have been encouraged by the support our plans have received from the state government, council and the community, and we’re excited to bring this vision to life,” he said.

“Its scale and central riverfront location provide a truly unique opportunity to create a world class destination for city workers, residents and tourists.”

“This is a landmark project which is estimated to provide a $5.7 billion boost to Queensland’s gross state product over the next 40 years, including $230 million in value add to our State’s construction and professional services sectors,” he said.

“The Waterfront Brisbane proposal is a city-shaping development for Brisbane’s CBD and one that the Queensland Government is proud to facilitate with Dexus for the benefit of the Brisbane and Queensland community.”

Delivery of the project will be staged, and subject to Dexus securing the relevant approvals from BCC.

By mid-2020 council is expected to release their final City Reach Waterfront Masterplan for a 1.2 kilometre stretch of river frontage from the City Botanic Gardens to Howard Smith Wharves.