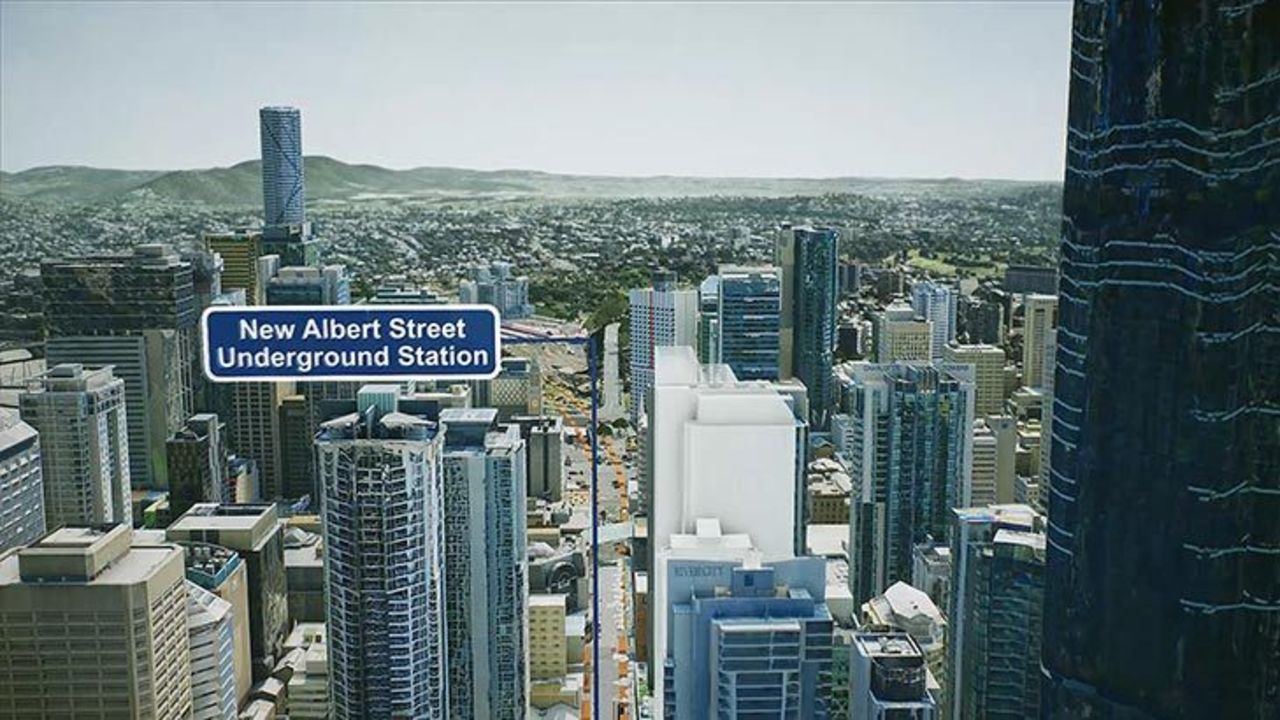 By Toby Crockford and Lydia Lynch

As the demolition of the original Roma Street Transit Centre continues, the new year will see the Cross River Rail construction project more than double in size.

The state government confirmed 11 new worksites would open in 2020, on top of the seven present ones, with 500 new workers ready to start.

The Queensland government had released the latest fly-through animation of the Cross River Rail project.

The first part of tunnelling on the project was expected to start in August, from Woolloongabba towards Boggo Road.

She said upgrade work was also set to begin at six stations from Salisbury to Fairfield in Brisbane's inner south, as well as construction on three new Gold Coast stations at Pimpama, Helensvale North and Merrimac.

"A worksite has now been established at Boggo Road, the existing site at Woolloongabba is already a hive of activity, demolition at Albert Street in the heart of the CBD is well advanced and work at Roma Street is well and truly under way," Ms Jones said.

"Regular rail users may have noticed extensive work has also begun in our rail corridors, particularly near Normanby, where the project’s northern tunnel portal will be built.

"We’ll complete demolition at Roma Street and Albert Street, start tunnelling from Woolloongabba to Boggo Road, start work on station upgrades and the new Gold Coast stations, and we will have workers live on the project at as many as 18 sites across the city," he said.

In December, the decision was made to go ahead with the 17,000-seat Brisbane Live entertainment precinct above Roma Street railyards.

The idea to build the arena formed in 2007 but kicked off only when it became part of the $5.4 billion Cross River Rail project after years of discussion between AEG Ogden and the government.

Brisbane Live will deliver 450 jobs each year during construction, with 1000 jobs in the peak year, and 600 ongoing jobs when operational.

However, the project has not been without controversy in recent months, with the CFMEU holding repeated protests outside Parliament in late November and on the streets of Brisbane.

Ms Jones insisted she would continue working with the unions, who had been threatening to withdraw support from Labor over concerns with the project.

She also denied union claims that overseas companies had been given contracts, saying all the Cross River Rail contractors had Brisbane offices.

She said Toowoomba-based company Wagner had recently secured a multimillion-dollar contract for concreting in the project.

The Fair Work Commission rejected the union's objections to a wage deal for the Cross River Rail project in November. The new agreement offers workers an annual pay rise of 3.5 per cent, but the union demanded 5 per cent.

Correction: Due to an error in information provided by the minister’s office, an earlier version of this story said 1500 fresh workers would join the present 1000-strong workforce, but later corrected its figures saying 500 new workers would start and take the total to 1500.