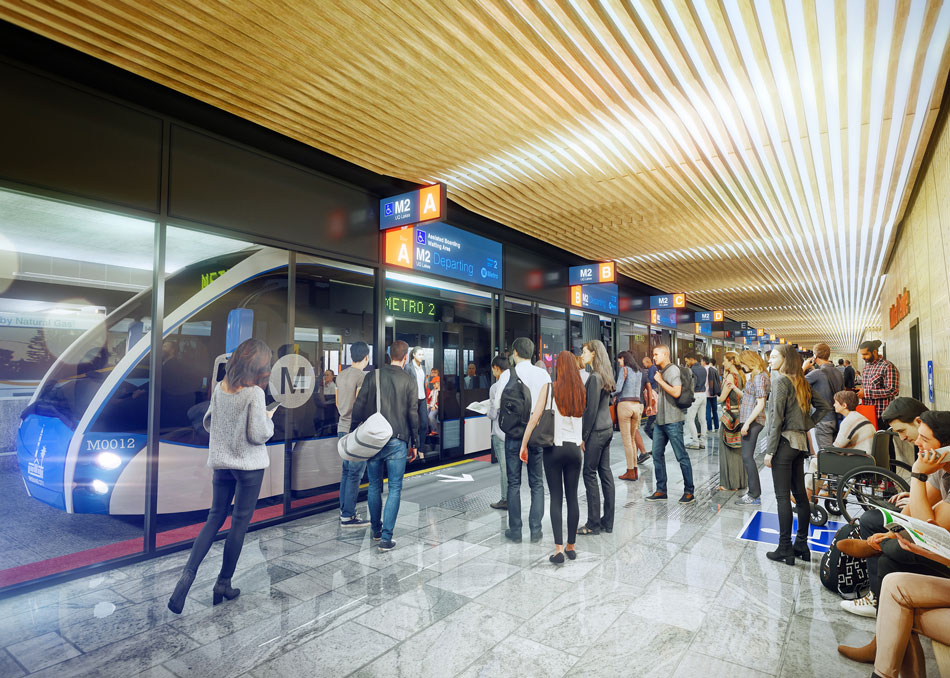 Preliminary works will commence around the Cultural Centre in January 2020 following a united Council and State Government announcement that the project will proceed.

The approval comes after months of discussions between the Brisbane City Council and Queensland Government over plans for the re-positioning of the Cultural Centre station.

In June this year, the government announced they wanted to see more public green space around the Cultural Centre station and wanted to relocate the proposed station to underneath the Convention Centre.

However, the government has backed down after logistical challenges with above-ground bus movements feeding into the station tunnel.

Instead, a compromise has been reached whereby the Council would examine a possible new $91 million tunnel that would take West End to CBD bus services and bypass the intersection of Melbourne and Grey Streets.

The proposed tunnel would allow the creation of a new QPAC and Museum public square and green space which has been the aim of the Queensland Government.

Lord Mayor Adrian Schrinner said early works are “a really important first step” and that Council was now moving forward with an announcement on the successful contract for Metro vehicles expected in the coming weeks.

State Transport Minister Mark Bailey said the government has supported the project in principle from the beginning and that it was a step forward for the Brisbane Metro project.

“We’ve always said this is a project that’s got to work. It’s got to integrate into our public transport system seamlessly and getting these early works underway – because regardless of whether it’s the projected design or it’s the design I think we need to be looking at, there’s early works that are common for both of those.” – Transport Minister Mark Bailey

Mr Bailey said there was a need to “get the project right” which is why the project needed hundreds of meetings between state and council.