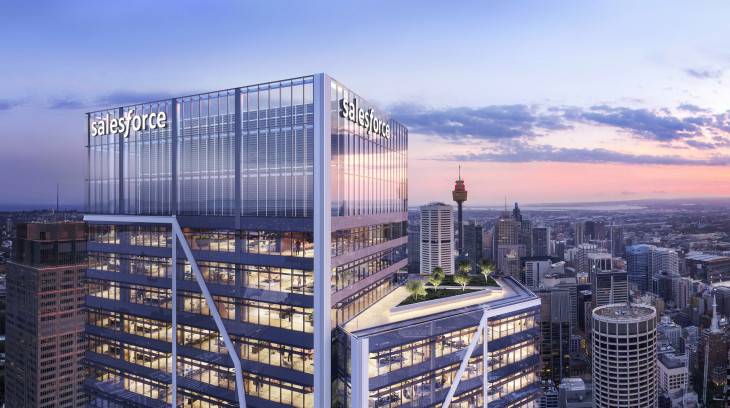 Cloud-based software company Salesforce will have its own office building after securing naming rights to Lendlease's new Circular Quay tower in Sydney as its anchor tenant.

A global leader in Customer Relationship Manager (CRM), Salesforce will name the tower Salesforce Tower Sydney. When completed in 2022, it will be Sydney’s tallest office building.

The 53-storey building, which will have views across Sydney Harbour, will also be one of the country's most sustainable buildings.

Designed by architects Foster + Partners, the building will sit in Lendlease's much touted George and Pitt Street precinct, which is part of a wider urban renewal scheme to liven up the Circular Quay hub soon to be serviced by the new Sydney light rail.

A complicated project, the new precinct which includes the site of the former landmark Sydney pub, "Jacksons on George" is a joint venture between Lendlease, China’s Ping An Real Estate and Japan’s Mitsubishi Estate Asia.

It will have a public plaza, retail laneways, wellness facilities and a new hospitality venue at the Jacksons on George site.

Lendlease lodged its first planning proposal with the City of Sydney in 2014.

For Salesforce, the new lease headlines its first big expansion in Sydney, since it made a debut in 2004.  The group says it will hire another 1000 employees over the next five years to join its Australian workforce of more than 2000 staff.

The company will convert the top floor of its new tower into a special hospitality venue known as "Ohana Floor" which can be used by employees, customers and partners as well as non-profit and education groups during off-peak hours at no cost.

Salesforce Tower Sydney is one of ten towers the company has announced globally including in San Francisco, New York and Tokyo.