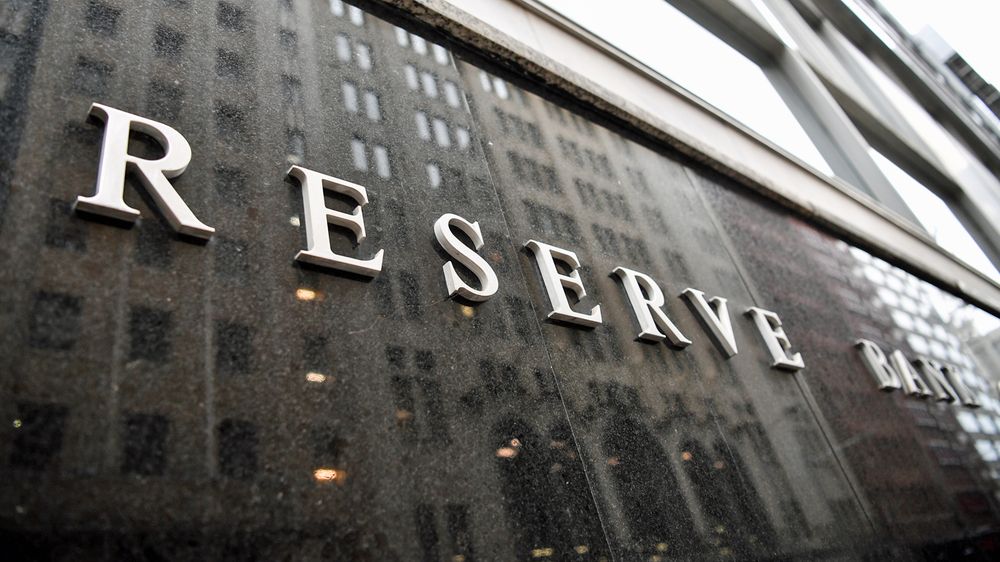 The Reserve Bank of Australia (RBA) has cut the official interest rate by a quarter-percentage point to a record low 0.75 per cent.

The cut, which the big four bank economists predicted, leaves the central bank just one additional 25 basis points cut away from where it has previously indicated it could start quantitative easing.

Reserve Bank governor Philip Lowe said in a statement that the easing was made to help lift employment and has not ruled out even further rate cuts.

"It is reasonable to expect that an extended period of low interest rates will be required in Australia to reach full employment and achieve the inflation target," Dr Lowe said.

"The board took the decision to lower interest rates further today to support employment and income growth and to provide greater confidence that inflation will be consistent with the medium-term target."

Some of the RBA's language has changed to indicate that it is less confident about current forms of stimulus delivering economic growth.

In its statement on Tuesday, the central bank said the low level of interest rates, recent tax cuts, ongoing spending on infrastructure, signs of stabilisation in some established housing markets and a brighter outlook for the resources sector "should all support growth". 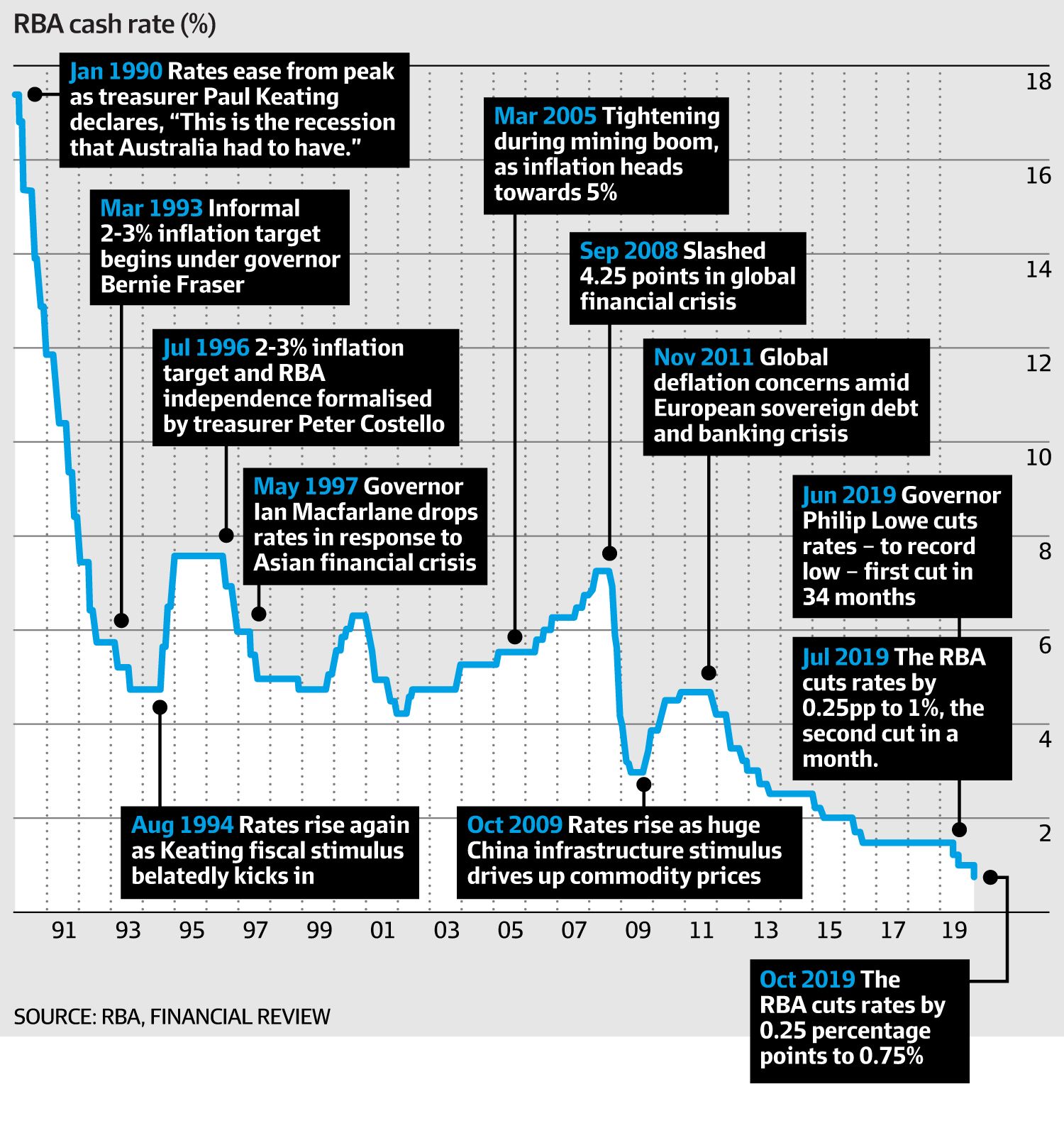 The bank's previous statement in September said the outlook "is being supported" by factors such as recent tax cuts.

The RBA board also added new phrasing in relation to forward-looking employment indicators, reflecting some loss of confidence in the growth of employment.

"Forward-looking indicators of labour demand indicate that employment growth is likely to slow from its recent fast rate."

"The board will continue to monitor developments, including in the labour market, and is prepared to ease monetary policy further if needed to support sustainable growth in the economy, full employment and the achievement of the inflation target over time."

The RBA has been concerned about a multitude of factors including tax cuts not having "noticeably" lifted consumer spending, unemployment moving higher to 5.3 per cent mainly due to more people entering the workforce, and global economic concerns which have stalled business investment.

Concerns about an appreciating exchange rate as other central banks cut, has also weighed on the bank's decision.

How much of the interest rate cut the banks pass on will be watched closely given their interest margin has narrowed. Morgan Stanley expected a quarter-percentage-point cut would reduce bank margins by a further 0.06 of a percentage point.

The RBA made its third interest rate this year just as home prices in the two biggest capital cities marked their fourth consecutive month of gains up 3.6 per cent since the market trough in May.

Household consumption growth slowed in the June quarter to 0.4 per cent, and moderated to 1.4 per cent on an annual basis but both interest rate and tax cuts have followed and economists are noticing some upside.

However credit growth has been disappointing. Credit growth for housing posted its lowest annual growth since records began in 1977, while personal credit dipped to -0.2 per cent in August and is now running at -3.4 per cent, the lowest it has been since the financial crisis.

On Tuesday, dwelling approvals data showed a fall of 1.1 per cent in August after well below the consensus for a small rise.

"The Reserve Bank governor has made it very clear that the problems with the economy are home grown."

"They have room in the budget to give the economy stimulus it desperately needs. They have not given enough to shift the needle."

Ratings agency S&P released a report on Tuesday forecasting that Australia's "moderate recovery" meant growth of 2 per cent and 2.4 per cent in 2019 and 2020, respectively.

"Improving financial conditions, led by monetary easing, should feed through to both firms and households. We assume that the housing market bottoms and exerts less of a drag over time," said Shaun Roache, S&P's chief economist for Asia Pacific.

"Household spending should pick up helped by solid real income growth, one benefit of low inflation, and reduced mortgage payments."

Treasurer Josh Frydenberg said it was "dangerous for Labor to be talking down the economy".