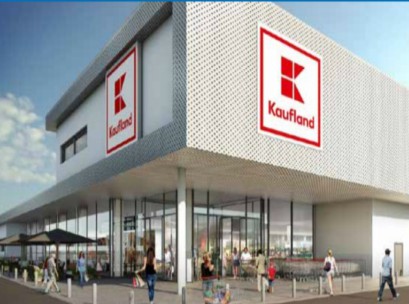 German supermarket giant Kaufland is ramping up its rapid Australian expansion, announcing a third Queensland store just weeks after revealing the locations of two others.

Kaufland this week announced it had acquired Morayfield Village Retail Centre in the Moreton Bay region in Brisbane’s north, with a clear view to transform it into one of its outlets.

Earlier this month Realcommercial reported the retail goliath had filed an application for a store in Toowoomba, after already securing multiple store locations in Victoria and South Australia.

It is also set to open a store on the site of a former Bunnings Warehouse on the Gold Coast.

The Morayfield property will put Kaufland into direct local competition with Woolworths, Coles and which all have a presence at the neighbouring Morayfield Regional Shopping Centre.

According to Inside Retail, the site spans 16,690sqm, with the building occupying 6939sqm – larger than a traditional Kaufland, which are usually around 4000sqm.

Kaufland may only be newly launched in Australia, but in Europe it is one of the major players, with more than 1200 stores across the continent.

Earlier this year it revealed it was planning a $500 million assault on Australia’s leading supermarket chains, after winning approval for its first three locations and a distribution centre in Victoria.