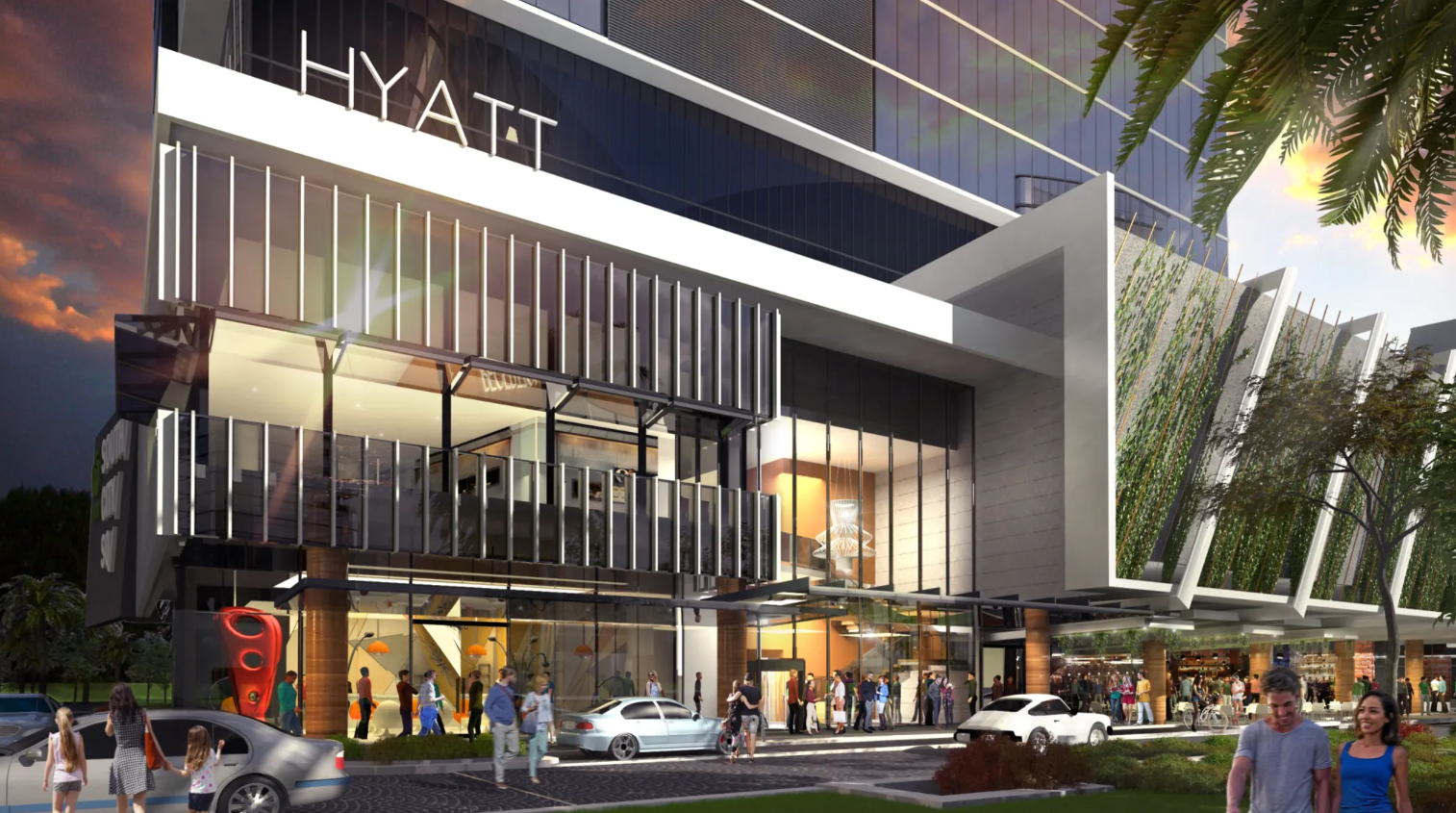 Brisbane’s southside is set for a new high-end hotel placed within a $600 million urban precinct being constructed in Woolloongabba.

Hyatt Place Brisbane is expected to open in 2023 as part of Pellicano and Perri Project’s South City Square precinct development, marking a return to Queensland for the luxury hotel brand.

South City Square, on the corner of Logan Road and Deshon Street, began construction in 2016, with development broken into multiple stages, and last year went back to council to restructure its development.

Two stages of the development were completed in 2018, with the third expected to be finished this year.

The developers had returned to Brisbane City Council in November 2018 to request changes to the application to split one building into two and to add a Woolworths supermarket.

Close to the planned Cross River Rail, Hyatt Place Brisbane will have 170 rooms and offer a rooftop pool and bar, a 24-hour food market, cafe and gym.

The agreement between Pellicano and Perri Projects and Hyatt was signed in Melbourne on Tuesday morning.

Hyatt’s group president for Asia Pacific David Udell said the company was proud to bring the Hyatt Place brand to Brisbane for the first time.

“We’re delighted to work with Hyatt and benefit from its world-class knowledge and introducing guests to Hyatt’s first select-service contemporary hotel in Queensland,” Mr Pellicano said.

“Hyatt Place Brisbane South City Square will be the leading hotel destination for cricket and AFL enthusiasts, as well as those visiting for major entertainment events at our flagship ‘Gabba’ stadium.”

The hotel is one of several major developments in the hospitality sector across Brisbane in recent years after Brisbane City Council began a fresh push to welcome high-end hotels.

Alongside hotels such as the W Brisbane on North Quay, the Calile on James Street, the Novotel and Ovolo hotels, the new Hyatt will join Brisbane’s high-end hotel boom.

Hotels will open at the Queen's Wharf development overlooking South Bank in 2022.

“Brisbane has emerged as Australia’s new world city, however, just five years ago we were forgoing 121,000 visitors every year as a result of a shortage in internationally recognised, full-service hotel rooms,” lord mayor Adrian Schrinner said.

“For the first time in a decade, the city now offers a wide range of new luxury accommodation options, supporting our $7.5 billion tourism industry and record visitation to the city.”